INTERVIEW: Tillie for WoV – “I just didn’t want Olympics to be canceled or played without spectators”

The France Men’s Volleyball National Team had to work hard to qualify for the Tokyo Olympic Games. However, due to force majeure, the coronavirus pandemic, the event was postponed for 2021. Kévin Tillie agrees it was inevitable… 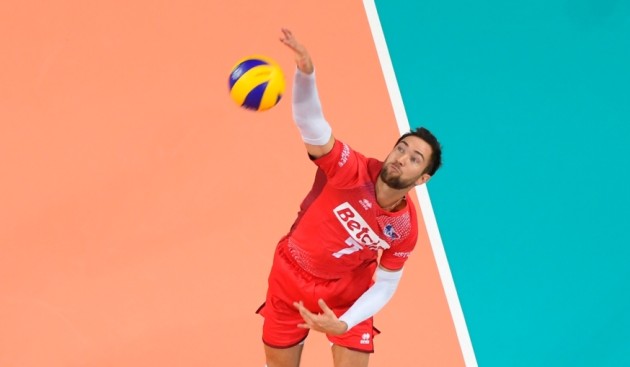 One of the synonyms for the France National Team in the past several years, the outside hitter Kévin Tillie, rationally contemplates and analyzes the situation regarding the postponement of the Tokyo Olympic Games for one year. The one-time CEV EuroVolley winner gave an exclusive interview for our website during the break caused by the COVID-19 pandemic.

How do you feel about the postponement of the Olympic Games?

“Well, it’s something that we can’t control. The whole world is affected by the virus, so I just take it as having more time to prepare for it. We were mentally ready to battle in the Olympics this year but we will have to be patient.”

Do you think that maybe the final decision regarding the postponement could have been put on hold for some time to see when the coronavirus pandemic will end?

“Honestly, I have no idea about that. I’m not a doctor, so I can’t think what’s better for everyone. I will just have to listen to the professionals (laughing).”

There were several options for organizing the Olympic Games next year. The summer has been officially chosen. In your opinion, would it be better to organize it earlier or maybe later? Or, you fully support the decision to organize it in July and August…

“Sure, I’m fine having it next summer. I just didn’t want them to be canceled or played without spectators. That would have been really disappointing for many people.”

What do you think about the new FIVB’s ranking system for national teams that was launched in February?

“I think they should have done this a long time ago. It’s really difficult for European teams to get a ranking that they actually deserve.”

How hard is it going to be to prepare for the next season when coronavirus pandemic ends knowing that break will obviously be very long?

“Well, we have to take the positive side of it to take care of our families and rest our bodies and our heads. Volleyball players don’t have many breaks so they need to take this as an advantage to come back healthy and mentally refreshed for the next seasons.”

INTERVIEW: Hippe for WoV – “Live in the moment and make the best out of it”