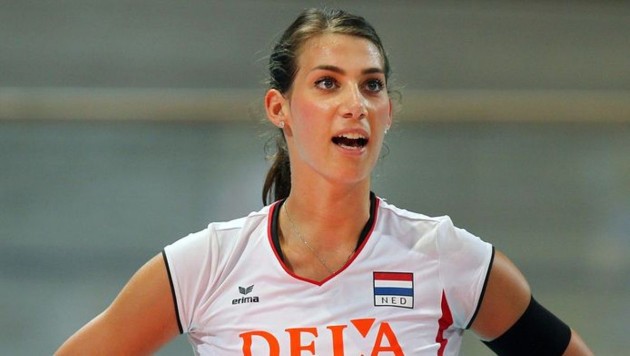 Only a week after winning the CEV Champions League with Italy’s Imoco Volley Conegliano, Robin de Kruijf made the fans in the Netherlands sad by informing them that she’ll skip the upcoming international season. The Best Middle Blocker from the last EuroVolley said she wanted physical and mental rest after a tough season in Italy and after 13 consecutive years with the Dutch National Team.

De Kruijf made her debut for ‘Oranje’ in 2008 and has played 347 matches in their jersey since then. Next year, the 30-year-old player will make a new assessment in regard to her availability for the country’s national team.

Save from the stands! LITTERALY! (VIDEO)