INTERVIEW: Igor Kolakovic for WoV – “I am ready for the challenges in Plusliga” 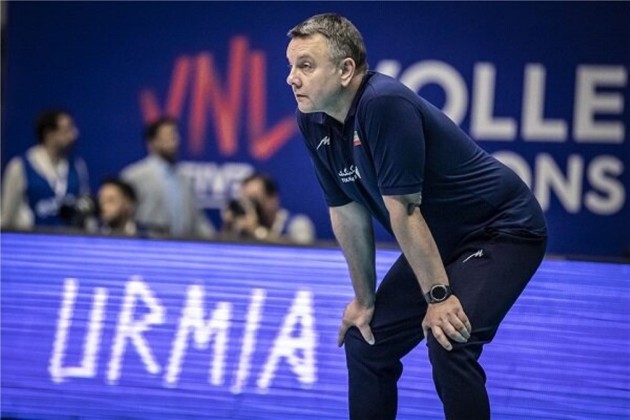 How do you spend time since volleyball activities are not active at the moment?

“This situation lasts almost 2 months and I’ve been doing a lot of things since volleyball was stopped as the other sports and economic activities. It was a dynamic period. I managed to make the plan about the Iranian national team, to create the rosters for the competitions, then I made the changes since the Volleyball Nations League was canceled and at the end, due to cancellation of the Olympic Games we made a contract termination by mutual agreement. Then, I had to weigh the offers for a new job, talks, negotiations, watching a lot of videos. However, I’ve spent all the time in Podgorica, my hometown, along with my family. This is a rare opportunity to take a rest in such an atmosphere and city which I love the most.”

Is coronavirus going to have a huge influence on the future of volleyball?

“That’s difficult to predict. When I hear that organizing Olympic Games in 2021 is under a big question, I don’t know what to say. I am pretty much sure that coronavirus will affect the economy and that means the clubs’ budgets will be decreased. Logically, we are going to feel it including all levels of our sport. As each crisis, it’s going to hit the low budget teams while the richer teams will survive these times. These are just my presumptions we will see what will happen in the future.”

You coached Iran for three years. What are your impressions about the Iranian National Team?

“I would like to single out only these great moments because we had them much more compared to difficult moments, which I to push into oblivion. Iran is a beautiful country with kind people that besides many problems they have, are staying positive, optimistic and cheerful. I met many wonderful people and friends for a whole life. I enjoyed working with the Iranian players that are brave and intelligent, with a fighting spirit and sometimes a little bit more emotional. Each practice was a challenge for me since we had difficult training sessions. Travels, games, training sessions and living together made our adventure as an interesting one.”

Did you achieve all your goals with Iran?

“It’s better to let someone else analyze that, I will mention the facts. In these three years, we won the first medal at the world competitions, FIVB medal, at the Volleyball Grand Champions Cup in Japan 2017. Considering all sports and teams in Iran at the national team level, only the Iranian futsal national team managed to win a medal at the world competitions. We have confirmed that Iran is the best team in Asia several times. We were in the second place, behind Brazil, in the Volleyball Nations League among 16 worldwide national teams and we played at the Final Six in Chicago. We also reached a goal to qualify for the Olympic Games and we did it in a very convincing way. That will be the second time for the Iranian volleyball national team to compete at the Olympic Games. I would like to mention that I managed to include many young and talented players from U21 and U18 selections who are ready to play and will be key players in the future. Together we built a great atmosphere in the team which was a significant detail in order to gain great performances. These are all goals that were set in front of me when I arrived. “

Your new challenge is Zawiercie. What are your impressions about this team?

“My first impression is that Zawiercie is a serious, stable and well-organized team. At the helm of the club is president Kryspin Baran, who is very ambitious and he wants to keep a good and stable position of the team among the best Polish clubs. So far I noticed that he is doing it in a very methodical and studious way with huge enthusiasm and emotions. At the moment, my plans have matched with that way of approach. We will go toward our goals step by step with patience, supporting each other while crossing all the barriers.”

Have you followed the clubs’ competitions in Poland and are you ready for the challenges in Plusliga?

“I’ve been following volleyball in Poland for a long time. I was doing it because of my international duties since many Serbian players played in Poland and later the Iranian players started playing in this league. PlusLiga is a very difficult competition with many excellent teams and I have enough experience to know that wherever you go you need to work hard to achieve the goals. When you give all you have, then you are ready for all challenges.”