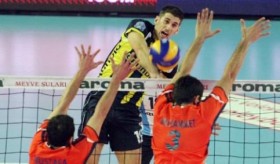 IBB was the host this time, even they had no supporters at hall, led the first break 8:6 against Ivan Miljkovic’s massive attacks, moreover, increased the gap at second mandatory stop 16:11 by using any kind of team work. After second break, IBB keep the tempo up and finished set 25:20. 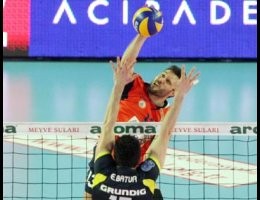 Home team get a provisional 6:3 lead, nevertheless FB Grundig bounced back and led the first tech time out 7:8, Emre Batur was doing well on the net 11:14, but however IBB sped up and arrived at second break defending opposite attacks 16:15, game tied at 20. At this moment, young Muhammet Ertugrul made a rebound and a kill block to 22:20, a net mistake took it 23:20, FB Grundig’s service error completed set for IBB 25:22.

Host was full of morale in fourth set, moved up quickly as FB Grundig spent all time outs at 14:8, then IBB came to second tech time out 16:9. Remainder was just a little more suffer for FB Grundig, IBB won the match 3:1 having last set 25:17. 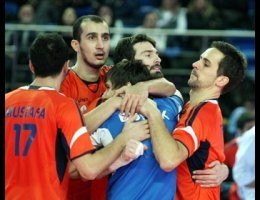 HUGE FAIL: What happens when you don’t...