GP: Our serve was excellent throughout – said Fabiana 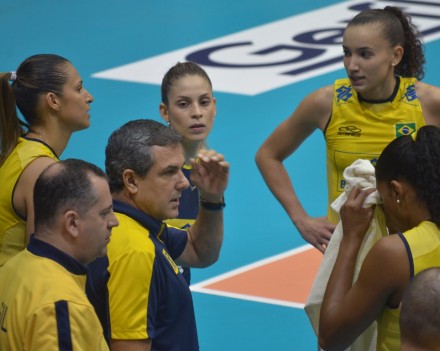 Brazil have never dropped a set against Puerto Rico in World Grand Prix matches and that stayed the same on Sunday as they won the opening set of a match for the first time in the 2013 competition.

Brazilian head coach Jose Roberto Guimaraes was pleased with his team’s change of attitude “We came out with a lot of concentration to get this victory. This was very important for [us before] next week’s pool.”

Captain Fabiana Claudino was also pleased with the pressure Brazil put on their opponents. “We played very well, our serve was excellent throughout the whole match.”

Puerto Rico`s head coach Rafael Olazagasti conceded his team were beaten by a better team. “They’re a very organised team, they showed great control over the serve and other areas. They are very well-trained, with great coaching.”

His captain Yarimar Rosa preferred to concentrate on their coming matches. “We have to work out our rhythm, we need to make adjustments for next week in Thailand.”