The two FIVB World Championships are the highlights of this year's volleyball calendar. With just a few days remaining before the beginning of the Men's World Championship in Poland, which takes place from August 30 to September 21, we introduce two important protagonists. Both are key elements in defending champions Brazil's success in recent years. Father Bernardo Rezende is the coach, son Bruno Rezende the captain and setter. 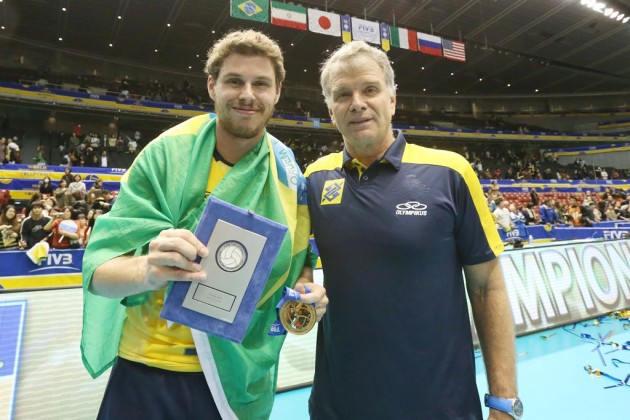 “We are going to the World Championships to win,” said Bruno Rezende, providing a clear statement of intent. Talent and a thirst for success are pretty much in his DNA. “It was somehow inevitable that I would be a volleyball player,” said Bruno. His mother Vera Mossa played for Brazil at three Olympic Games, between 1980 and 1988, while father Bernardo won a silver medal at the 1984 Games. He then started out on a successful coaching career – first with the Brazilian women’s team, which he led to two Olympic bronze medals and three World Grand Prix titles.

ESP M: Fornes off to the Spanish Superliga