Eight teams and three favorites for the trophy – that’s the 2016 FIVB Men’s Volleyball World Club Championship in Betim, Brazil (October 18-23) in one sentence! 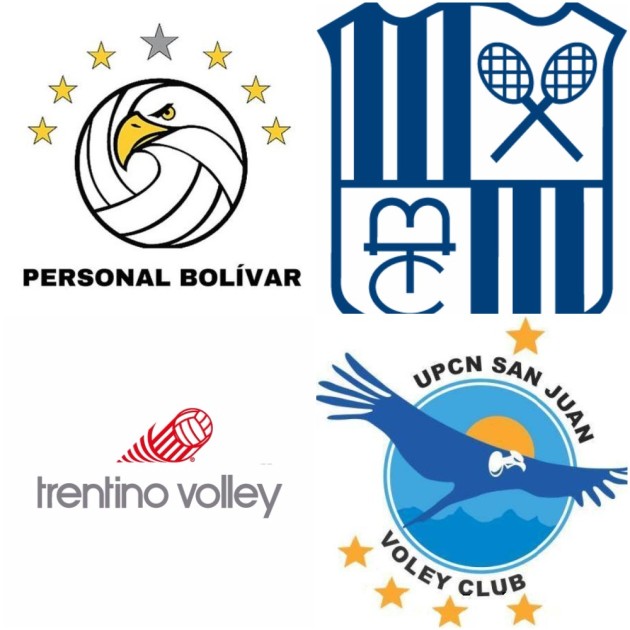 This year’s edition of the tournament is 12th and is one of the strongest ever while the eight-team formula brings even more excitement. Especially, if we know that two major favorites for winning the gold medal, Russian Zenit and Brazilian Cruzeiro, were put in the same pool. Brazilian side defends the trophy. Trentino, tournament record holders in number of titles (four), are lurking in the shadows…

WorldofVolley presents you clubs at the 2016 FIVB Men’s Volleyball Club World Championship and all rosters. Recall Pool A presentation.

Personal Bolívar: Argentinian runners-up will take part at the Club World Championship for the second time (first time in 2010 – 4th place) and they are one of the teams that might cause upset to the favorites. Especially if world record holder in number of points in a single FIVB match, Thomas Edgar, shows his full potential.

Minas Tênis Clube: Minas is one of the most successful clubs ever in Brazil with four national titles, three national Cups and three trophies as the best South American club. But, in recent years they are far from old fame. Minas will make their debut at the Club World Championship.

Diatec Trentino: Although they did not find their place at the podium of the Club World Championship in the past two years, Italian Trentino are still one of the main favorites for the final victory in Betim. It is the most successful club at the tournament with four titles, four in a row (2009-2012). Last season they became runners-up in the CEV Champions League.

UPCN San Juan Vóley: This year, Argentinian champions will try to top bronze medal from previous two editions of the Club World Championship and they have several aces up their sleeve – several current and former members of Argentinian National Team plus ex-Italian NT player Valerio Vermiglio.

POL M: The most bizarre way to give your rival match point (VIDEO)