In less than one hour of play, FIVB Men’s Club World Championship defending champions Sada Cruzeiro made the crowd go wild as they breezed past Taichunk Bank 3-0 (25-10, 25-16, 25-13) closing Day 1 action in Betim. 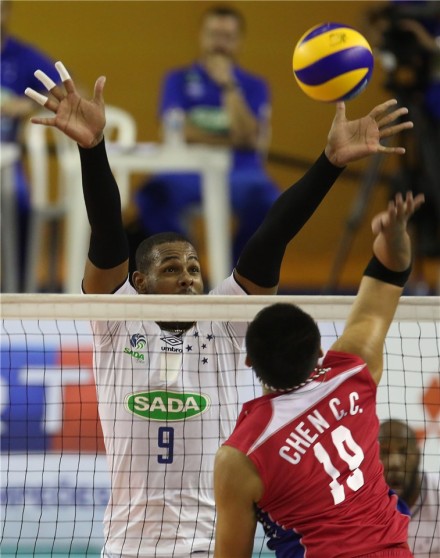 Cuban-born Leal completed an awesome game with 16 points, 13 of them scored only in the first two sets and ending with an astonishing 80% on spiking ratio. Opposite Evandro Guerra trailed with 11 points, while no player in Taichung Bank reached double numbers on the game.

Although Asian champions showed some sparks of talent, it was simply too much for them as Cruzeiro was unstoppable from the service line, with an 11-1 lead that made things extremely difficult for Taichung Bank. The score of 25-10 on the first set was a sign of what was about to come.

Chien Feng Huang  proved to be a valuable substitution for the Chinese Taipei side, but it was just enough to narrow down the numbers to a 25-16. The final chapter extended the lead from Cruzeiro, with youngster Rodriguinho doing it well for the joy of local fans and chipping in for the victory.