"First of all I would like to get as many opportunities to play. I work hard to show the best side. I'm going to learn from the older and more experienced teammates. I believe that I can achieve these goals" says Effector Kielce receiver Piotr Orczyk. Read latest volleyball news on Worldofvolley.com. 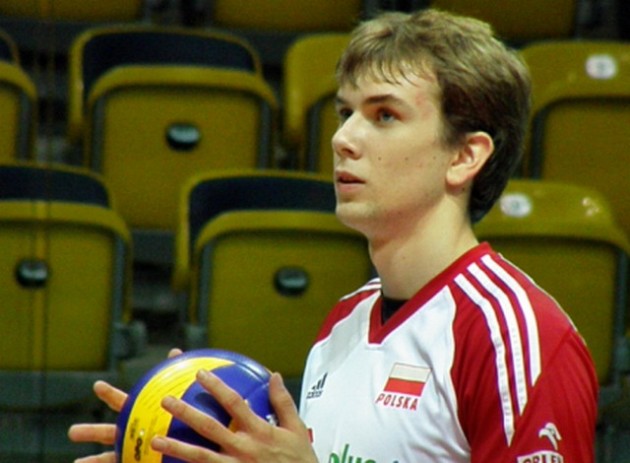 The 17th round of the PlusLiga Effector Kielce lost to PGE Skra Belchatow 1:3. You have won the first set. What was missing to pull out points from the favorit?

Piotr Orczyk: “In the first set we played almost flawlessly. The Skra Bełchatów had very big problems with our game. Unfortunately over time they started to play better and better. We started to make a lot of mistakes. I think this is the cause of our defeat”.

You played the Junior European Championships with Energy Jaworzno. However in the middle of the season decided to leave the club. What was decisive influence on this decision?

“There is a proposal from Kielce and I decided to use it. I just wanted to take another step forward and I hope that with time I can say that it was a good move. Time spent in Jaworzno I will remember very well”.

How long you wondered about the proposal to play in Kielce?

“I did not have much time because it was already mid-December and the transfer period ended at the end of the year. I must admit that I spent a few nights on meditation what should I do. I had to make a decision and now I play in Kielce”.

You get a chance to play in the PlusLiga. Do you see any differences between the level of the tournament?

“The differences are definitely visible. The change feels especially at the beginning but I think it is a matter of habit.

Do you expect that after a few months spent in the first league and PlusLiga you can fight for promotion to play at the world championships?

“I dream about it. If you just get a call for sure it would use. I think it’s just a reward of my work at the training”.