Skra Belchatow has been dethroned, Poland will get new volleyball champion! Lotos Trefl Gdansk will play in finals! They beat Skra in the fourth match of play-off semifinals and won series 3-1! 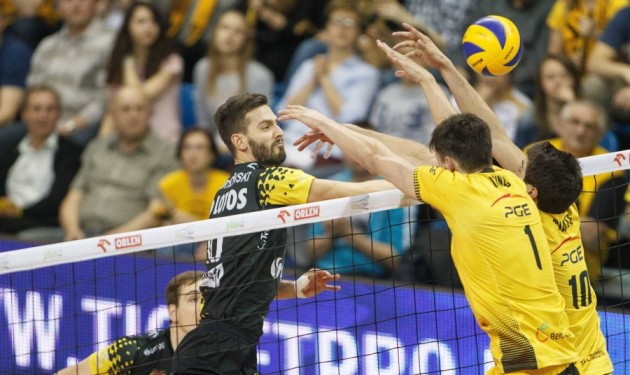 The team from Belchatow opened match by taking the first set after great battle 26-24! It was sign for home team to wake up!

In front of 8,000 fans at Ergo Arena, Anastasi’s team started playing much better and managed to tie the score 27-25. In the third set, Lotos Trefl Gdańsk continued to play very well and put pressure on Skra!

In the fourth part of the game, away side had 5-1 lead. After that moment, Gdansk made 9-2 scoring run and took the lead 10-7. But, Skra was the team who took the fourth set and tied the score 2:2.

Tie-break and match went to Lotos Trefl after all! They will play in finals of Plusliga’s playoffs against Resovia! Troy Murphy was the hero of the night with 26 points, while on away side Wlazly had 23!