Indykpol AZS Olsztyn, officially the 10th team in the Polish championship, began its work on recomposing the squad for the upcoming season in Plus League. Already the club announced a contract extension with one important player and signing a youngster. 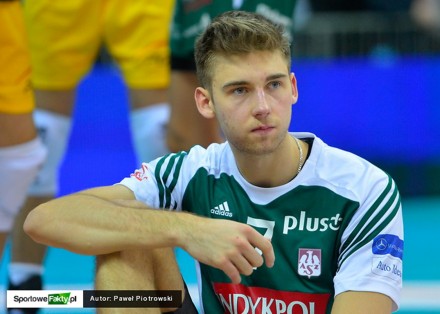 Bartosz Bednorz renewed contract with Olsztyn in which he came before the last season from Częstochowa.

He began this season with an injury, but quickly returned to the court and did it in a very good style.

He was the member of the Polish NT in junior and youth categories and now he’s summoned in the senior NT for the upcoming competitions in 2015.

The member of Polish Junior team, Jakub Zablocki, will be the new libero of Olsztyn. Last season he played in the Division 2 team, KPS Siedlce.

After discussions regarding the new season, 2015/2016, the management of Olsztyn also announced other changes in the composition of the team.

The following players will no longer wear its jersey: Lévi Cabral, Juraj Zaťko, František Ogurčák, Piotr Łuka, Grzegorz Szymański, Jakub Bik and Piotr Hain while at the moment there is no agreement with the captain Maciej Dobrowolski.

The changes happened at the coaching staff, too. The assistant of coach Andrea Gardini and statistician left the club.

POL M: Murphy – “I would like to stay in Gdansk”

BRA W: Fofão in tears – „Bernardinho treated me like any other player“