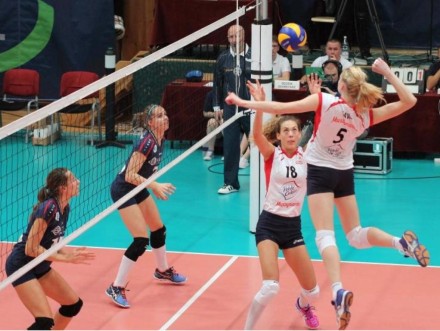 In the seventh round of the Polish OrlenLiga, Muszyna have celebrated the fourth victory, this time against Tauron Banimex MKS Dabrowa Gornicza in away match.

The hosts suffered second defeat in the new season and for now they are on the second place on the standings.

And for Muszyna, this was a very important match. After they lost the first set, in the next two they played with all their power. The fourt set was easy for Dabrowa Gornicza but in tie-break everything went on Muszyna‘s side. MVP of the match was Serbian middle blocker Maja Savic with 17 points.

Tonight Impel WROCLAW defeated Palac Bydgoszcz 3-1 and MVP of the match was Joanna Kaczor with 23 points.

Aluprof Bielsko-Biała and PGNiG Nafta Piła were better than Rzeszów and Ostrowiec . Both match were ended after three sets.