INTERVIEW: Cansu Ozbay for WoV – “We have one of the most successful head coaches in the world”

Cansu Ozbay is playing in one of the best teams in the world! 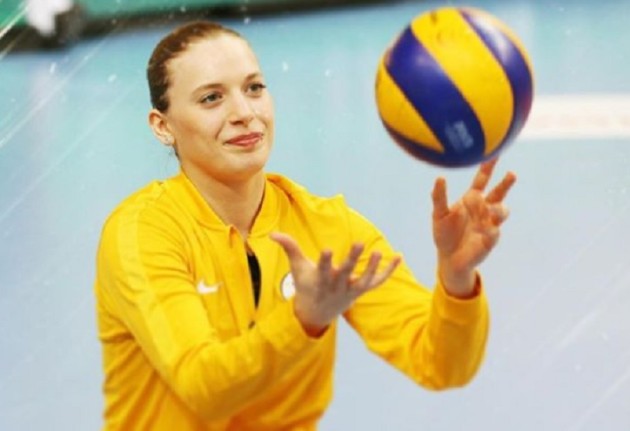 Well, we can say the best as they officially won the Club World Championship in December last year. In an interview with Cansu, we have talked about many topics and hope you will enjoy it.

VakifBank are currently in the second place in the Turkish league. How would you rate the performance of the team so far in the Turkish championship?

„Actually, we had a very busy schedule. We played 8 league games and one Champions League match in 27 days. We won all our matches and went to the FIVB Club World Championship. After a tough tournament, we managed to become the world champion. We lost the game we played only 4 days after the championship and finished the first half in second place with a single defeat. The important thing for us is not being second at the moment, but what will happen at the end of the league. We hope we will be champions again.“

Are you satisfied with your performances?

„We have one of the most successful head coaches in the world as many would recall, Giovanni Guidetti. If you are working with him, you have to always step up your performance as a team and as an individual. So we have a team of people who never give up, are never satisfied with their current performance and want to be better and better. This is one of the secrets of our success.“

VakifBank have won the World Club Championship. How did you feel after lifting the trophy?

„For the third time, we have won the world’s biggest trophy. We’re the only club with three world championships. We won these three championships as undefeated. Each earned cup has a separate story and distinct happiness. I’m so proud to be a part of this team.“

You lost twice to Eczacibasi in this season. Are you preparing for revenge?

„We respect our rival Eczacibasi. We always play to win every match. At VakıfBank, we are looking at where we finish at the end of the season.“

Can VakifBank retain the trophy in the CEV Champions League?

„We have won our last 25 games in the CEV Champions League. Again, we are one of the biggest candidates of the championship. We work every day to win this trophy for the fifth time.“

Since you have strong attackers in the team, is it difficult to choose the attacker during the game?

„There are of course advantages of playing as Setter at VakifBank. My teammates are very experienced and best players of their positions. We have a game logic and tactical discipline. I’m doing my pass preferences according to that.“

Turkey will play with China, Germany and the Czech Republic for the Olympic ticket. What does Turkey need to make to qualify for Tokyo?

„In the summer of 2018, we managed to finish in second place in FIVB Volleyball Women’s Nations League Finals. We were defeated 3-2 in the finals. We have the power and capacity to play head to head with each team in the world. I have a dream of going to the Olympics like every athlete. Hopefully, we will accomplish this dream.“

RUS M: Grozer – “I expected a much more difficult game against Dinamo”