The legendary spirit of the Morenas of the Caribbean is still alive across the court and beyond it. It does not matter that this time is a Men’s World Championship. 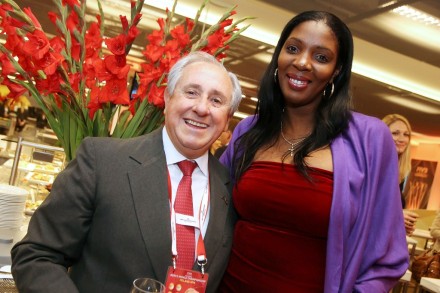 There is a legacy and a tradition that never expires, despite the time that has gone by and all those milestones as big as the Olympic Championships earned at Barcelona 1992, Atlanta 1996 and Sydney 2000.

Without the traditional red, blue and white uniform, but with her patriotic colors and the pride of being part of Caribbean volleyball in her heart, Regla Torres is one of the greatest ambassadors of the Norceca Confederation all over the world.

As a proof of that there is a special recognition given by the International Volleyball Federation during the Opening Ceremony at Men’s World Championship that is being currently celebrated in Poland, where Torres was one of the special guests.

Right there, the former player and now coach was received by FIVB President, Dr. Ary Graça. Regla’s presence gave a special touch to the beginning of the championship that has been qualified as spectacular due to the technological characteristics as well as such a great and singular hospitality atmosphere for attendants.

Regla Torres’ life has taken different paths after being distinguished by the own International Volleyball Federation as the one of the Most Outstanding Players of the Twentieth Century along with her teammate Mireya Luis, who like her is one of the top representatives and historical references of volleyball in the North, Central American and Caribbean region, as well as in all over Latin America.

Twenty years ago, in 1994, Regla was recognized as the Best Blocker of the FIVB Women’s World Championship celebrated in Brazil, where she and the Cuban team won the Gold Medal. People cannot forget that one year earlier, she had also won the greatest honors at the Age Group World Championship celebrated in the same country. At that time, in 1993, Torres also won the MVP and the Best Spiker Awards.

To be the youngest player that won Olympic gold in volleyball and to retire before being 30 years old and with the maximum honors, has also marked a special way in her life. Along with her coaching role, she also has enjoyed some other experiences, such as being an analyst and commentator for the Cuban teams broadcasts at international competitions. And this is just a new beginning for one of the greatest women I the history of volleyball.

ITA M: Paolucci – “This time will fight on every rally!”

INTERVIEW: Emanuele Zanini – “The coronavirus will...

SERVICE FAIL: Focus please, or you will...