WoV DREAM TEAM: Vote for your favorite female opposite!

The WorldofVolley Poll round 1 is still in progress and after analyzing the list of men’s opposites yesterday, we are presenting you five women’s opposites! 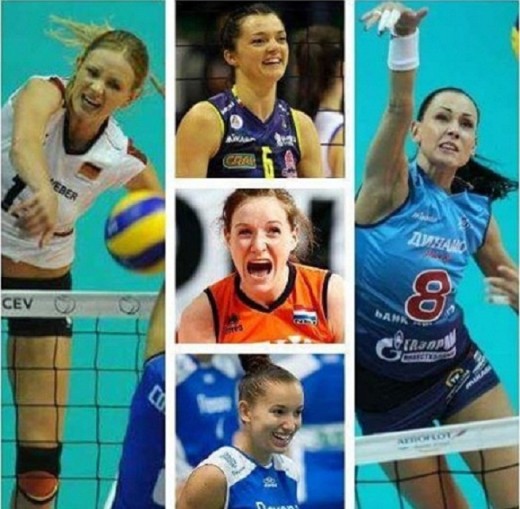 Let’s start with the winner of the Italian Serie A1 with Imoco Volley Conegliano – Serena Ortolani. She had a very good season in Serie A1 that’s why Bonitta has decided to call her instead of calling Valentina Diouf at the position of opposite. She pushed Imoco to the gold medal in Serie A1 and it was the main reason to put her among the best opposites for season 2015/2016! Check out her stats in the last season.

The winner of the CEV Champions league with Pomi Casalmaggiore was Margareta Kozuch. The German volleyball star deserved to be in the list of the best opposite for season 2015/2016. Kozuch had a very good season and she contributed a lot in historic success of her team in the elite European competition. See her STATS in season 2015/2016.

What could we say about Lonneke Sloetjes? She made an incredible progress in the last season and was the main weapon of Giovanni Guidetti in two teams – Vakifbank and Dutch women’s volleyball national team. Sloetjes was the best player of Turkish team throughout the whole season in domestic league and in the CEV Champions league averaging 15,3 points per game (See her STATS). They won the championship title in Turkey, but in the final of the CEV Champions league, Pomi stopped Vakifbank!

Why did we put Nataliya Goncharova? Because she was the best player in Russia for season 2015/2016. She had absolutely a fantastic season and that’s why Dinamo Moscow took the championship title. The Russian beauty was unstoppable and her performances at the Olympic Qualifying Tournament pushed Russia to the gold medal and ticket for Rio. STATS

Rexona Ades are still ruling in Brazil and Gabriel Braga Guimaraes as their receiver deserves to be among the best players for 2015/2016 season. Although she is not playing at position of opposite, we’ve decided to put her on the list among opposites. Her contribution was large and thanks to her, Rexona still holds the throne in Brazil. They didn’t win only domestic title, but national cup and South American Club championship.

So, who’s your favorite female opposite?

Vote on FACEBOOK as well. Every vote is worth 3 points!

BUL M: Is this the youngest team...

The funniest net fault ever – Mitar...