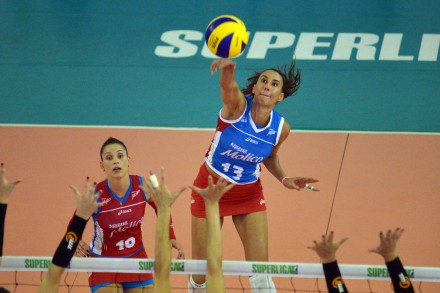 Argentina, Brazil, Bolivia, Chile, Colombia, Peru and Paraguay will battle in the weeklong competition at Gym José Liberatti through Sunday.

The teams are divided into two groups of four

Home team MOLICO/Osasco, 2009-2012 South American Champions, will be focused on success with captain Sheilla Castro at the helm.

“The tournament very important, and MOLICO/Osasco is very focused on winning,” Sheilla said. “The Club World Cup is our goal from the beginning of the season and the South American Championship is essential to reach this dream. It is one of the titles we want most because it is worth a spot in the Club World Cup. We really want to return to the tournament we won in 2012.”

Will someone manage to stop Osasco in their plans? Leave your comment on WoVForum.