Sada Cruzeiro Vôlei is in the final of Brazilian Super League for the season 2014/15. 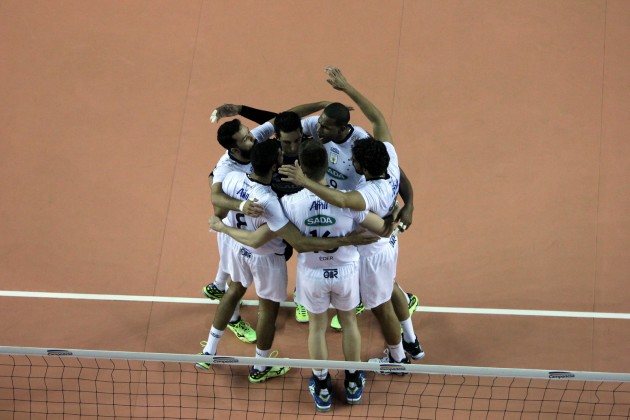 Current triple champions beat Vivo/Minas Belo Horizonte by 3 sets 0, with partial 25-22, 25-11 and 25-19, in the second leg of the semifinals and secured the place in the finals of the national championship.

It will be the fifth consecutive year that Cruzeiro will fight for the title, since the season 2010/11.

The Cuban receiver Leal was the best scorer with 16 points. He had a 71% of efficiency in the attack.

In the finals, Cruzeiro awaits the winner of the second pair between Taubaté/Funvic and Sesi-SP, who won the first game by 3-1.

The first duel that for the title in Super League will take place on April 12.

ITA M: Clumsy spike turns into point thanks to the net (VIDEO)