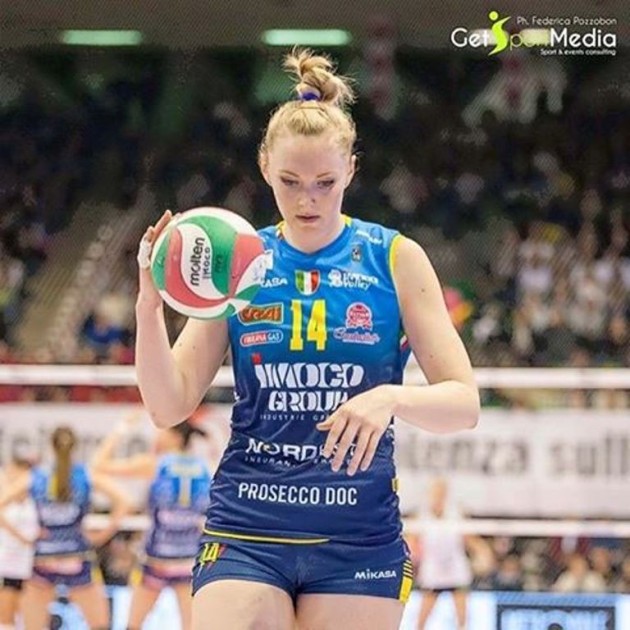 Fawcett was a two-time NCAA winner with Penn State, one-time Italian Cup winner with Conegliano and 2014 FIVB World Championship title holder with U.S. National Team among other achievements. As for individual awards, Fawcett has been NCAA Player of the Year once, Korean league Best Scorer once, etc.

A 34-year-old Andréia Cozzi Sforzin Laurence is another reinforcement of Praia Clube on opposite position. Last season, she was a member of Terracap/BRB/Brasília Vôlei, scoring 205 points in Superliga. Andréia was one-time FIVB World Grand Prix winner with Brazilian NT (in 2014), entering the history of the Korean volleyball as the first foreigner to play in the top division of this Asian country (playing for GS Caltex Kixx). In home country, she took championship with Vôlei Nestlé/Osasco in 2009/2010 and was awarded the best attacker in the tournament four years later while wearing the jersey of E.C. Pinheiros.