This is a Dream Team of the #EuroVolleyU19W

European Championship U19 for girls has featured many talented players but these are officially the best, picked by the CEV. 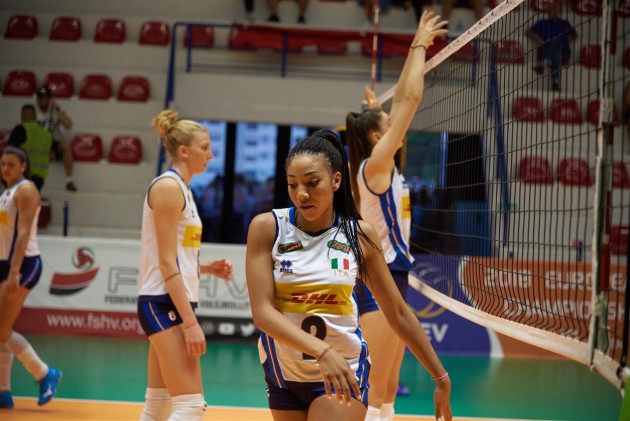 Italy have managed to win the crown after making an amazing comeback in the final. At the ceremony, these players got the awards:

The head coach of Italy Massimo Bellano was very happy after a big success of his team:

“I feel good, most of all because of the girls. We started the summer with the wish to create a new group. I think that on Sunday we played as a team and we deserved this victory. Italy is the team of the first set, but Italy is also the team that showed character and came back after losing two sets,” says Bellano.

His colleague who sits at the bench of the Russian national team didn’t hide disappointment since his team had a 2-0 lead in the final:

“We showed much character in the first two sets, but in the last set, we were empty. We let the emotions ‘eat us’, all of the sets we were chasing them in the score. On top of this, we had a difficult match on Saturday, so it had its impact on us. The future for these girls? It depends on them. In our sport, everybody loves the first ones,” says Alexander Karikov.