CL M: Zenit going for the trophy in Rome – Belogorie fall in straight sets in rematch

Zenit Kazan became the third team to qualify to the Final Four of the 2017 Men’s Volleyball CEV Champions League. 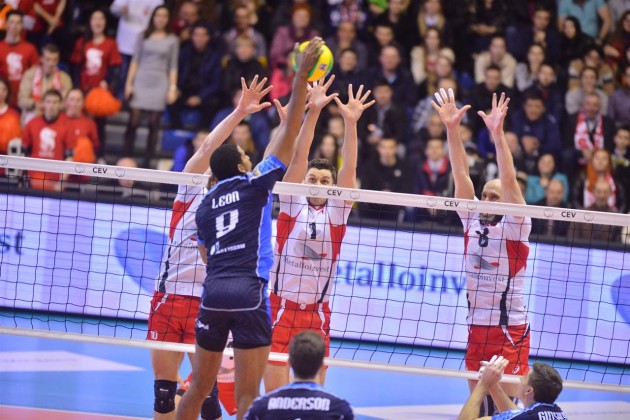 In a second leg of the Playoffs 6 derby of the two Russian giants, Zenit learned their lessons from the first match when they were pretty much surprised by the display of Belogorie Belgorod (3-1) and now won in straight sets, although they needed to grab only two to secure F4 berth, 25-22, 30-28, 25-21.

Unlike Zenit coach Vladimir Alekno, who introduced same line-up as in the first match, Belogorie coach Aleksandr Kosarev made two changes. Instead of Maksim Zhigalov and Artyom Smolyar, he started the match with Roman Danilov and Ukrainian Dmytro Teryomenko. It paid him partially since Danilov topped Belogorie’s scorers with 12 points. In Zenit, Cuban Wilfredo León scored 15 points.

Thus, Zenit will have the chance to defend the trophy in the tournament in the Final Four in Rome, Italy (April 29-30) where they will meet German Berlin Recycling Volleys.