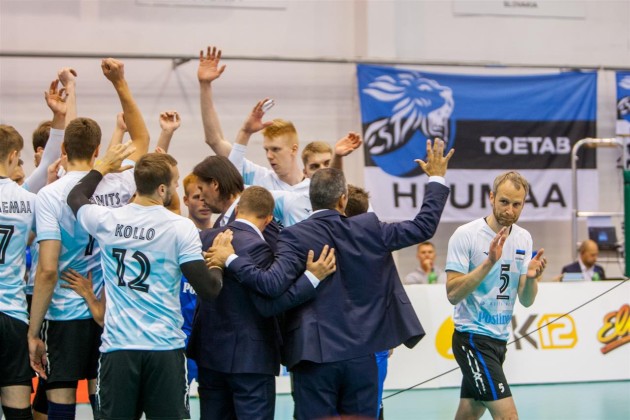 Before the last round of the pool stage, four teams were in contention for the two remained spots in the Final Four in Karlovy Vary. The Czech Republic gained an automatic berth as the host nation while Turkey earned their berth as the best team in Pool B earlier.

Estonia won the battle over Belgium in Pool A for participating in the Final Four. The Baltic country did their share by surpassing Slovakia in straight sets at home in Rakvere, partially 25-14, 25-15, 25-20. Robert Täht tallied 17 points for the winning side. Renee Teppan served 5 aces while Timo Tammemaa made 5 kill blocks.

Since they learned during their match against Sweden that Estonia scored a win and made a four-point gap at the top of the standings compared to them, the players of Belgium had no motive to work hard despite playing in front of own crowd in Kortrijk – 0-3.

Knowing that they have lost all chances to advance to the Final Four due to the fact they had two wins and two points less than Portugal, Finland ceased to provide strong resistance to Spain – 1-3.

CEV CONFIRM: Get ready for a historic...