Slovenia will fight for the gold of the FIVB World League Group 2 in Australia. 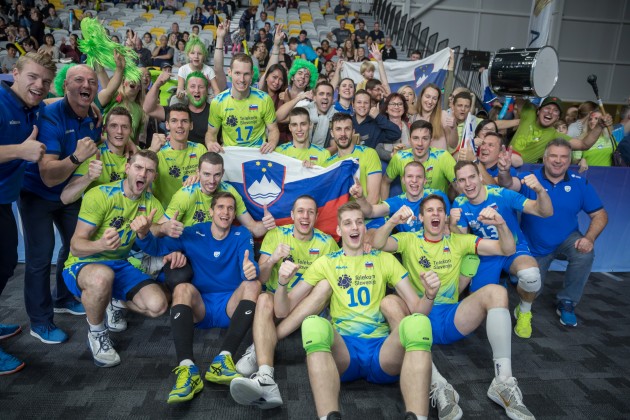 In front of 1500 spectators team of Serbian coach Slobodan Kovač killed all the hopes of the Dutch players and deservedly entered the finals of this competition.

Mitja Gašparini was the top scorer of the match with 18 points followed by Tine Urnaut 15 points.

On the other side, Wouter Ter Maat was the only Dutch player with double effect, he scored 14 points.

After match coach Kovač said: “Our plan was to really do well on service and after that on a block. In this match, we also played well on reception, but I think we won because we were mentally tough.”

Slovenia captain Tine Urnaut added: “Our setter played very well. He was able to give us good plays and organized our offense very well. We played very focused and we had good reception, but it was also our block-defense that put us through the first and second set. Then we had great counter-attacks in the third set.”