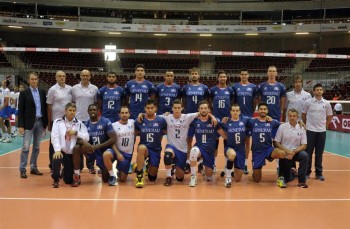 Only in third set, Andrea Anastasi’s team have played well and win 25:20, but in the other, French players were very powerful.

France is a leader in Pool B with two wins and they qualified for the quarterfinals, while Poland took second place for now.

Antonin Rouzier was unstoppable in France with 16, while Bartosz Kurek was only one in the mood on Poland’s side with 20.

To read more news from this competition click on European Championship 2013.

See the WoV Community profile of Poland and France.

ECH M: Finland in quarterfinals after win against Slovenia (PHOTOS)