Team Yavbou have easily downed Iranian volleyball national team in a derby of round 3 at the World Olympic volleyball tournament - 25-20, 25-18, 25-22! 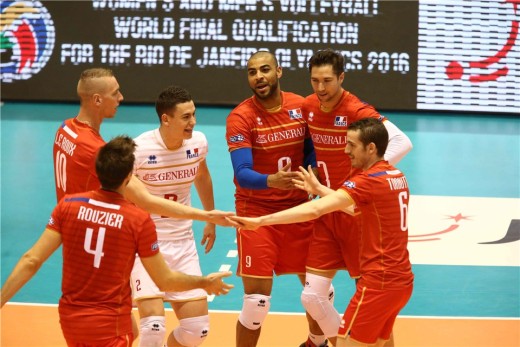 In the first set, France didn’t have difficulties to down the rival. At the second TTO, the European champions had four-point lead 16:12. After Rouzier’s point, #TeamYavbou got even bigger lead 18-13! There were no chances for Iran to make comeback and Kevin Tillie’s spike gave France 1-0 lead. In this part of the match, Lozano’s side didn’t manage to score from block, while Les Bleus had 5!

France continued with the same level in the second set. They were constantly putting pressure on Iran with their serves and blocks. The second set was even much easier to win for France as they had big advantage all the time (8-5, 16-11, 24-16).

Third set was very uncertain, even Iran had the lead at some moment during the match, but Tillie’s side managed to set the control and afterwards to win the match. Kevin Tillie was the man who scored the last point for his team 25-22!

The biggest trouble for Iran was absence of Amir Ghafour, who was not able to help the teammates in this match. He had some knee problems and he is expected to play on Wednesday.