CL W: Tillie – “If we are lucky, we will cause some problems to Modena”

The head coach of RC Cannes Laurent Tillie has commented on the second match between his team and Modena in the last CEV Champions League qualifying round. 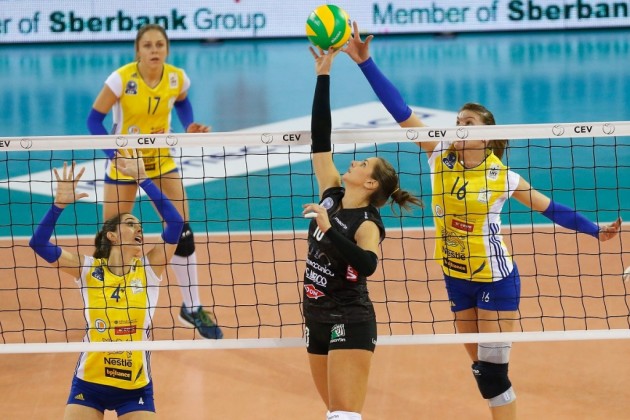 “It will be anything but easy: MODENA is a very solid team, which made very few mistakes during the first match. But I liked our players’ fighting spirit, particularly in the first two sets, during which we had good runs where we played almost at the same level with the Italians. We have been working hard since Tuesday night to correct some details in our game in order to make sure the opponent will feel less confident and secure. As we often say in Volleyball, we will play point by point and if we are lucky, we will hopefully cause some problems to MODENA. From then, anything may happen. I am convinced that we will benefit from the support of a well-crowded Palais des Victoires since our fans, who know a lot about Volleyball, are aware that a team as strong as MODENA is not to be seen that often in Cannes,” says Laurent Tillie.

PHOTO OF THE DAY: This is what we call strong strike!