Nikola Kovacevic is going to continue the career in France second league. 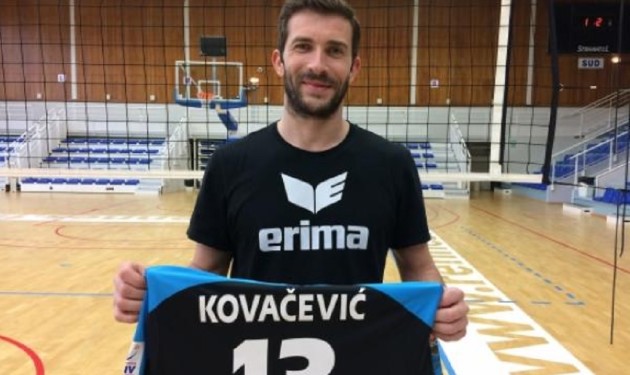 It’s going to be his third team this season. He has started the season in German BR Volleys and after a while, he moved to Iranian team Paykan Tehran.

“He played a lot of important matches in his career. He is very strong in the attack and has a very good serve. It’s someone who won’t shake as he receives some hot balls,” says the coach of Rennes.

After finishing a season in Asia, Nikola Kovacevic was a free agent. Rennes Volley got hit with injury blow and they’ve decided to use a medical joker, signing this Serbian player.

Rennes are chasing the promotion for the elite league and they hope Kovacevic will give a huge contribution to achieve this goal.

PHOTO OF THE DAY: Insane jump of Mustafa Koc

Are you ready to #WoVChat with champion...