ITA M: Trentino announce that Lucarelli is their new player!

Another top player has arrived at one of the best-ever Italian men’s volleyball clubs, Itas Trentino! 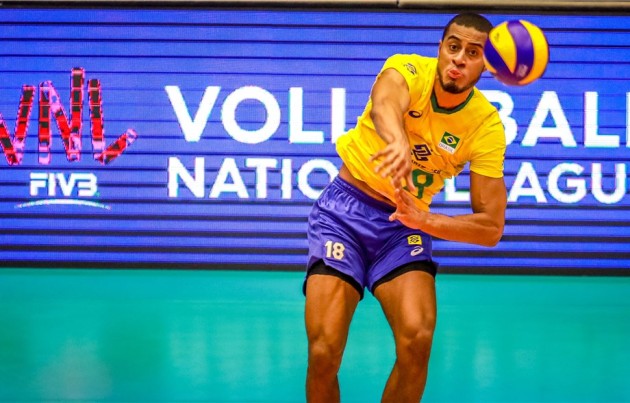 Trentino made what can be considered the biggest market hit of the year in Italy (one of the biggest in the world) official: the famous Brazilian outside hitter Ricardo Lucarelli will wear the jersey of the three-time CEV Champions League and five-time FIVB Club World Championship winners in the next two seasons! The operation of hiring the Rio Olympics gold medalist bumped into a huge obstacle at one point but he’ll join several more big names of the world volleyball who came to Trentino this summer, joining the training camp in August.

The 28-year-old Lucarelli has been one of the strongest and most complete players on the planet for years but never before had he left his country to play in a foreign club. He wore the jersey of EMS Taubaté Funvic (won the national title in 2019) in the last five years. With the Brazil National Team (197 caps), Lucarelli won almost every possible international trophy, including those at the 2016 Rio Olympic Games, the 2019 FIVB World Cup, the 2013 and 2016 FIVB World Grand Champions Cup, and 2013, 2015 and 2017 South American Championship.

Among individual awards, the MVP of the Brazilian Championship in 2019 and the FIVB World Grand Champions Cup in 2017 stand out.

JPN W: Neriman not going to China after all, stays in Japan