Italy: Isernia beaten at the tie-break

Cicchetti Isernia: One point. That’s what Isernia got out of its home game against Milan. 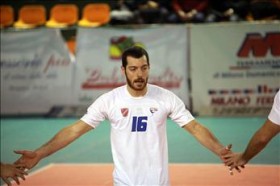 The hosts had a quiet start before coming back from the dead and tie it at two sets all.

Unfortunately, it wasn’t to be in the fifth.

Isernia is now 12th, but sixth point away from San Giustino, its next opponent.

“We failed to stop their spikers all game long – said spiker Daniele Mengozzi – We got frustrated. Then in the third set we played with more fighting spirit and heart, playing face to face and taking two sets”.

Italy: Padova next after win celebration over Latina