Mitja Gašparini will play for Marmi Lanza VERONA again. Slovenian opposite, born in 1984, played for VERONA in the season 2011-12. This and other volleyball news read on Worldofvolley.com. 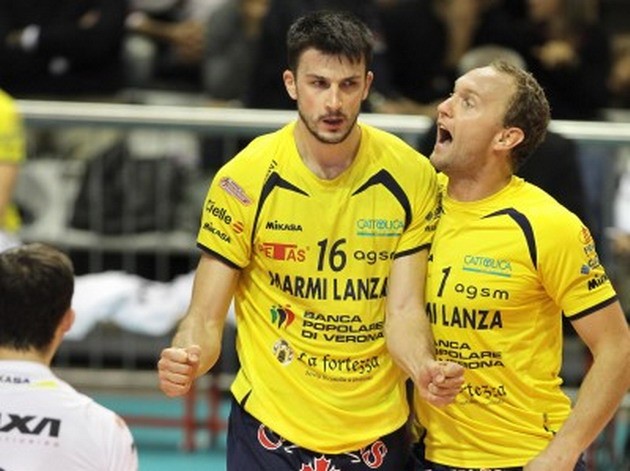 Last season Mitja Gašparini played for South Korean Hyundai Capital Skywalkers. With them he played the semifinals of the shampionship.

For Marmi Lanza VERONA Gasparini played 28 games and scored 472 points of which 394 in the attack, 51 in service and 27 blocks. In the fourth day of the first round against the Fidia Padova the Slovenian opposite scored his best result in the shirt of VERONA, a total of 37 points. In that game, also Gasparini was able to score as many as 11 aces, winning the record of winning services in a single match in the history of the Italian league.

Gasparini, who recently won the European Cup qualifying with his national team, said about his return to the Marmi Lanza VERONA: “I’m really happy to wear the shirt of Marmi Lanza VERONA again. The Italian league is one of the most important in the world and here one player has the chance to prove himself. I can not wait to start working with the new coach, Andrea Giani. I think he already proved that he will be very good coach. Giani had the opportunity to see me play when I was in VERONA and knows what I can do in the field. I hope to do even better than what I have shown two years ago.”

More information about Mitja Gašparini’s career can be found on his WoV Community Profile (see RELATED on this page).