The only permanent thing in this world is change. After representing Trentino Volley for 3 years with lots of epic victories, Cuban turned Italian Osmany Juantorena has officially bid goodbye to his team. 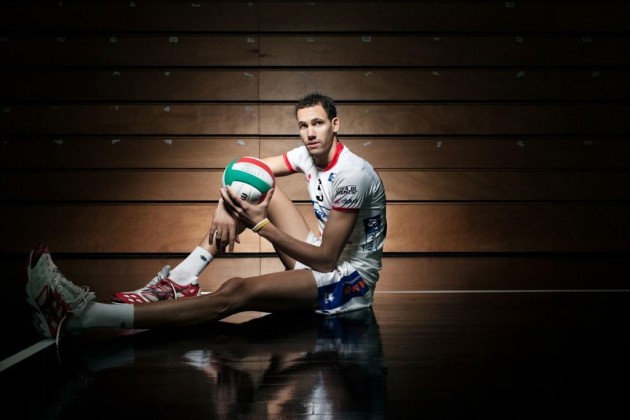 “Trento has been a unique and incredible experience for me.Here I found a perfect place to play volleyball and live.The warmth of the supporters and the love that this city showed me and the whole team has been fantastic and unforgettable. Going away from here will not be easy. I know what I am going to leave but instead I do not know what I will find, but I wanted enjoy a different experience after three years full of victories.Mine is not a goodbye because, as President Mosna told me, doors of Trento will always be opened for me, and I count to come back sooner or later”.

Trento is the ideal city to build a future life.

The defeat suffered last April 22nd in Milan in the Italian League Finals ruined a little “the idea of a positive season” however it is always hard closing with a defeat, a year that is very beautiful and successful anyway. We must not forget the three trophies in the first part of the season, including the first Supercoppa of our history.

The match most important of these years? Surely that won in Bolzano against Kazan (2010/2011) for the value it had, and for what it meant triumphing in the Champions League in front of our audience. The match I would like to play again? Surely the final match against Macerata. My leg was cramping which limited my game in the 5th set but I did not want to leave because I was hoping to recover sooner or later and it wuold been not fair to leave in such an important moment for the team.

I remained in the court, remains the regret for failing to contribute to the success.

In case you didn’t know, Osmany Juantorena will fly to Doha, Qatar on May 9th to take part in two tournaments club team Al Araby.

Trentino fans will sure miss you Os! At the same time, we wish you the best wherever you are.

No doubt, Zenit Kazan Russia will take great care of you.