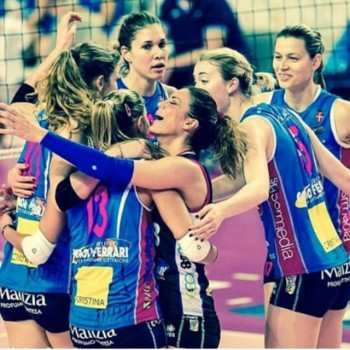 We did not put Katarina Barun at the beginning of the text just by coincidence. She was the MVP of the final match, as she scored 31 points for Novara! Also, it is worth mentioning Alexandra Rose Klineman who made 17 points, and Martina Guiggi who added 15. In Modena, Samanta Fabris made 24 points, while Francesca Piccinini collected 22.

Players of Novara showed great mental strength in this match, as they managed to win the trophy despite losing the second on the worst possible way. They had 4 set points at 24:20 to double the lead, but lost the set at 30:28 and let Modena to tie the score at 1-1! However, Novara continued with good volleyball, took the next two sets and seized the valuable trophy.

This is the second Cup trophy in club’s history. Novara celebrated last time in 2003/2004 season, while the new Cup arrived 11 years later.

CL W: Mihajlović supports Volero from Japan – “You can do this”