Reggio Emilia re-signed Alessandro Tondo, who turned out to be one of the most promising youngsters in his first season in the A2 with Reggio Emilia and a pleasant surprise for the club in what has been a very difficult year. 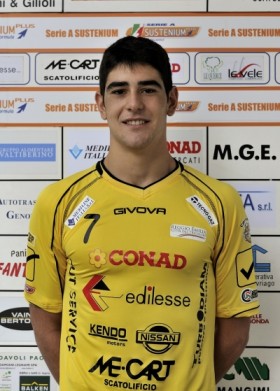 Born in Lecce in 1991, Tondo moved to Parma to study and started playing volleyball in the Serie C for Cut Service calerno, the affiliate team of Reggio. The owner Giulio Bertaccini has always believed in him and Tondo was brought in as Casadei’s back up last season and did extremely well when the latter got injured. Tondo represents the future of the club, which is why there is great satisfaction to have obtained his signature.