Lube CIVITANOVA have scored another easy victory in domestic championship, while the reigning champions TRENTINO and vice-champions MODENA had a lot of troubles to beat their rivals. 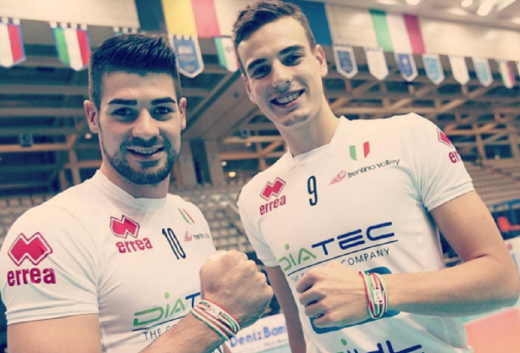 Trentino scored very tough win after playing five-set match in Verona. It was really uncertain game and both teams had to play tie-break to decide the winner of the match. The reigning champions didn’t want to surrender and with 15-10 recorded new win in domestic league.

Filippo Lanza was the best player of the game with 26 points, while Mitar Djuric added 23. In home team, Uros Kovacevic had 21!

Lube hosted MONZA and had some difficulties in the third set but at the end, they managed to turn the score and to clinch the win! Juantorena (12 points) and Miljkovic (11 points) were the top scorers in home team, while on the other side Iacopo Botto had 14 points.

Aleksandar Atanasijevic led PERUGIA to victory over PIACENZA with 20 points. The U.S. player Arron Russell had great contribution with 17 points.

Modena have managed to beat Ravenna after four losing the first sets 25-22! The second set was the decisive and after home team took it, they controlled the rest of the game and clinched the win.

Vettori ended the game with 20 points, while Saatkamp added 14 and Ngapeth 13! On the other side, Maurice Torres had 23!