Kim Yeon-Koung was on a high level at the Final Four of the CEV Champions League in Montichiari, but the rest of Fenerbahçe Grundig İstanbul’s team did not follow her properly. Korean player was sad after losing semifinals, but was a bit happier on winning bronze medal. She shared her thoughts with our reporter. 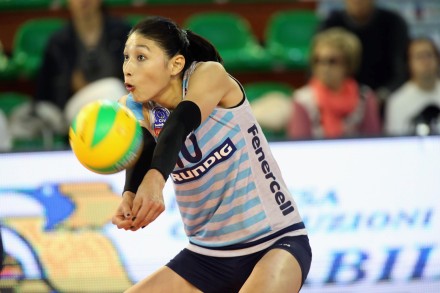 „This was not our goal, this was not what we wanted. It was really hard after the game, yesterday. Anyway, we took bronze medal and I’m happy because of that. Now, we have to think about the Turkish league… but, we really wanted to win this Champions League,“ Kim said after match for the third place.

Did yesterday’s defeat had influence on losing Set 1 against Dinamo Kazan, today?

Nobody expected Fenerbahçe to lose in straight sets in semifinals…

„We also didn’t expect. I don’t know what happened to us. We were thinking a lot about the Champions League from the beginning. We played good at the beginning of the match… but, in sport, anything can happen,“ she stated.

LIVE from F4 W: Abbondanza – “Bronze medal is not success for us”

I feel so sorry for Kim not winning the gold medal this season. Dinamo Moscow may be a great team for her to join next season. She would be a great complement to Goncharova. It would be very interesting to find out which team she signs the contract with next season.

Can you imagine a point being won...