It’s not easy to play or be at the helm of any men’s volleyball club in Italy because the pressure from the fans is huge. 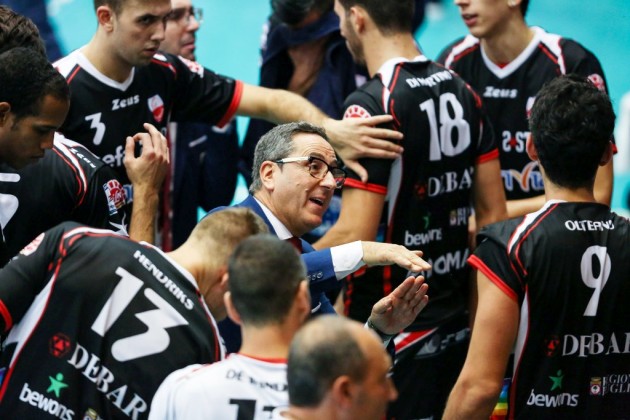 Allegedly, Exprivia Molfetta players and coaching staff were attacked by their fans after suffering sixth defeat in seven games in Serie A1, few days ago.

Italian media wrote that both players and coach Vincenzo Di Pinto had to face with furious Molfetta supporters. On the other hand, fans partially denied it by saying that they confronted with coach Di Pinto only.

Some said that coach Di Pinto’s days in Molfetta are numbered but, as Gian Luca Pasini from gazzetta.it revealed, one good news might brighten up the situation in the club. Luigi Randazzo will soon come on loan from Lube Civitanova.

PHOTO OF THE DAY: Did Kim reveal some of Mourinho’s tactics to male football colleagues?