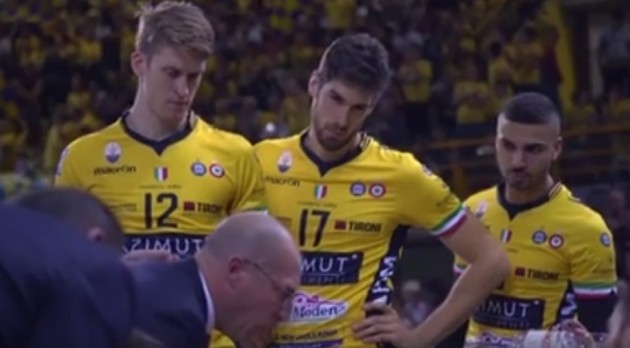 It was really an amazing game with a lot of good moves, good rallies and emotions. Lube opened match by winning the first set, but Modena didn’t give up! In the next two sets they made a great comeback to take the lead 2-1!

Blengini’s side managed to extend the game after winning the fourth set! In the tie-break Modena simply didn’t want to allow the rival to grab the win and they took the victory!

Trentino have also scored 3-2 win in the 13th round. They barely survived on the road against Molfetta, after trailing 2-1, in the last two sets they somehow managed to grab a win.

Perugia didn’t have any troubles against Revivre Milano. They beat them in straigh sets 25-20, 25-21, 25-18. The Serbian bomber Aleksandar Atanasijevic and Alexander Berger were the top scorers in Perugia, scoring 14 points each. On the other side, Todor Skrimov had 13…

ITA: Anderson “Now we will speed up”