Lube Banca Marche MACERATA will be hosting ACH Volley LJUBLJANA for its home debut in the prelims of the 2013 CEV Volleyball Champions League – Men. The Italians are topping the charts of Pool D and certainly would love to confirm that position via another victory. Read latest volleyball news on Worldofvolley.com. 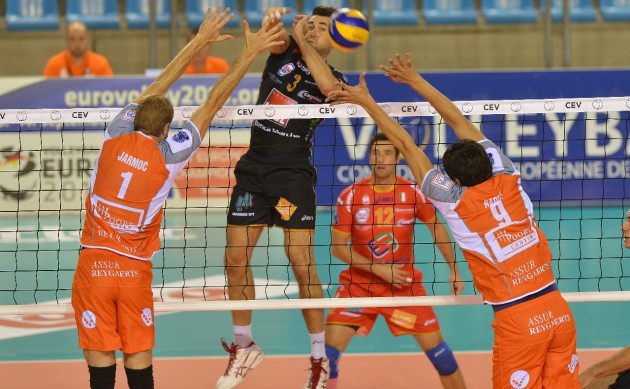 After scoring a speedy win last week in Belgium against Euphony ASSE-LENNIK, the Italians are topping the charts of Pool D and certainly would love to confirm that position via another positive result, this time at home.

“I think ACH Volley is – together with Generali UNTERHACHING – the toughest opponent in our group and hence it is mandatory to claim a good result” says head coach Alberto Giuliani. It will be a very special clash for middle blocker Alen Pajenk who is currently representing Lube Banca but spent three seasons with ACH Volley, even qualifying for the final four of the Champions League back in 2010. “I am very happy to play against the strongest side from my home country which is also my former team” stresses Pajenk. “I still have many friends in the roster of that team and so I think this match will be quite emotional for me”.

Lube Banca Marche MACERATA is on full swing having scored five consecutive wins in the Serie A1 and claimed the Supercup by edging TRENTINO Diatec right by the opening of the season, so the local fans expect their heroes will stretch that winning streak also on the European arena.