ITA M: Trentino, for which setter Giannelli made 5 kill blocks, tie vs. No.1 Perugia at 2-2! Lube in finals 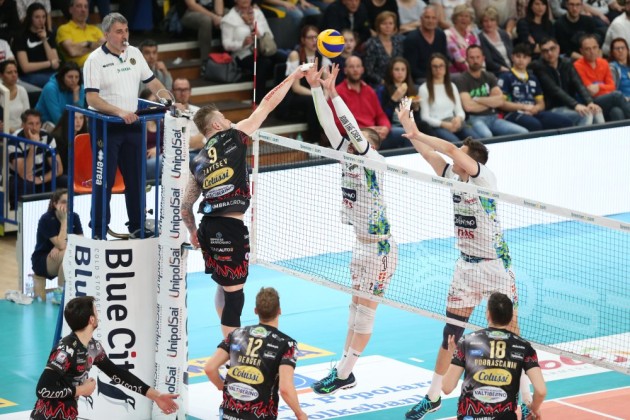 Filippo Lanza topped Trentino with 13 points, while Simone Giannelli made 5 kill blocks, showing he has a lot more to offer than only a setting skill! There were no players in double digits in Lube. Their main attacking power this season, the Serbian Aleksandar Atanasijević, underachieved tonight as he scored 5 points only with a poor hitting percentage (33%).

ECH U18 M: Germany crowned Under-18 European champions for the first time ever