Stoytchev: “It was personal attack and organized denigration, facts were reported in tendentious way”

Radostin Stoytchev, who was released without explanation from the head coach position in Azimut Modena, did not remain silent on the accusations from the players of the club to which he was exposed in a live TV broadcast, a few days ago. 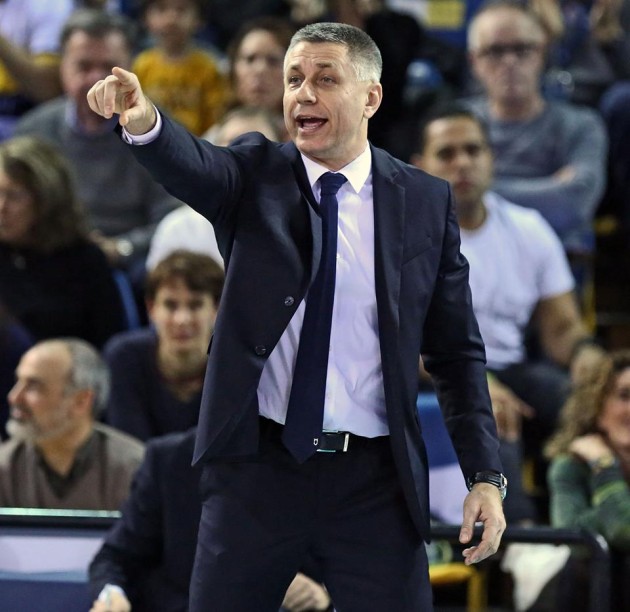 Before he revealed his side of the story when it comes to accusations of some of Modena players, which were said in the live broadcast, the Bulgarian expert emphasized he owed an explanation to himself, his family, and Modena fans to whom he thanked for support.

“That evening was not a transmission of in-depth sports analysis, but a personal attack and perhaps organized denigration, in which facts have been reported in a partial and tendentious way and, at times, in a completely false way. It was an attack to which I was not given the opportunity to respond in a contextual and direct way. The next day I received a letter in which I was fired for ‘just cause’ and in which I was accused of serious failures. In particular, I am accused of improper handling of the physical condition of the players and of failing to respect the President and the General Manager in public. The club public announcements, which refer to an exemption from the coach and conceal a withdrawal for just cause, were clearly groundless and implemented with the sole purpose of not paying me the fees for the next two years and those of the last months of this year,” Gazzetta di Modena transferred Stoytchev’s words.

“This is not the place to challenge the accusations that have led to my removal, but I want you to know from now that I heard those same accusations by one of the players during that television broadcast for the first time. I intend to prove the falsity of these charges and determine the personal responsibilities of all those involved because I know and I can demonstrate what really happened. I know how I behaved throughout this year and I know how I worked every day: with commitment, dedication, professionalism and respect towards everyone. I know that I am not perfect and I do not pretend to be, but I have always worked for the good of the club and the team,” the Bulgarian coach added.

“I am able to see my responsibilities but I cannot accept objections from a player who has caused so many problems to the club and the team with his own extra-sporting conduct. In the same way I am surprised by the accusation of having disrespected the President, since I have always had great esteem and affection towards her, the same esteem and the same affection that she showed me until the evening before the signature of that letter in which I was fired.” he stated.

Stoytchev concluded by saying that he was honored to play in Palapanini, which he called the Temple of Volleyball, and by feeling sorry he was unable to finish the project in which he absolutely believed.

CHN W: Lang Ping on the bench and chose 26 players for VNL