POL M: It will be the “wild card” for the winner of the Polish Cup

In Czestochowa ended Enea Polish Cup Final tournament. The trophy for the fourth time in the history of the tournament went to Kedzierzyn-Kozle. Although the win does not have a direct promotion to the Champions League there is a chance that the winning team will receive a "wild card". This and other volleyball news read on Worldofvolley.com. 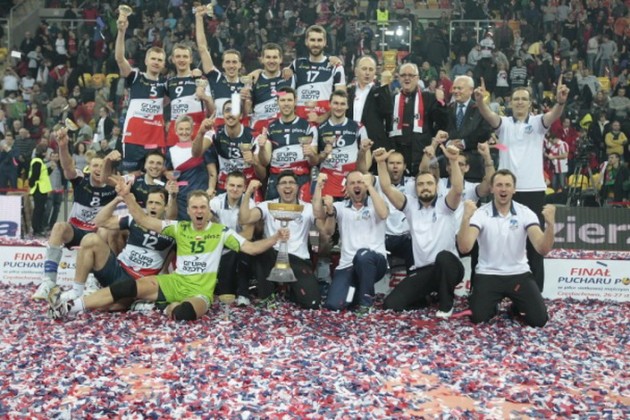 After the winners of the national championships in European Volleyball leagues received right to participate in the Champions League volleyball authorities of certain countries including the Russian Super League and Italian Serie A have decided that the CEV will give a “wild card” – an extra ticket to the prestigious European competition to the national cup winners of this leagues.

“We will have that also” said president of the Professional League Volleyball SA Artur Popko just after the Enea Cup 2013. “We have our own ideas about the European cups. We believe that there should be a little different but this is not a conversation for today let’s wait a little” he added.

Head PLPS stressed that even without a ticket to the Champions League Polish Cup has a significant importance. “Each team comes here to compete with full commitment. And so it happened. Polish Cup Final was a great spectacle. Trophy won a team that is one of the leading candidates to win the Polish championship” – said Arthur Popko.

Marcin Walinski – “We fought to the end”