Marcin Walinski – “We fought to the end”

"Win Polish Cup is the prestige. On Saturday we lost the battle but not lost the war. The war has just started we approach the play-offs" said after losing the semi-final match Delecta Bydgoszcz receiver Marcin Waliński. This and other volleyball news read on Worldofvolley.com. 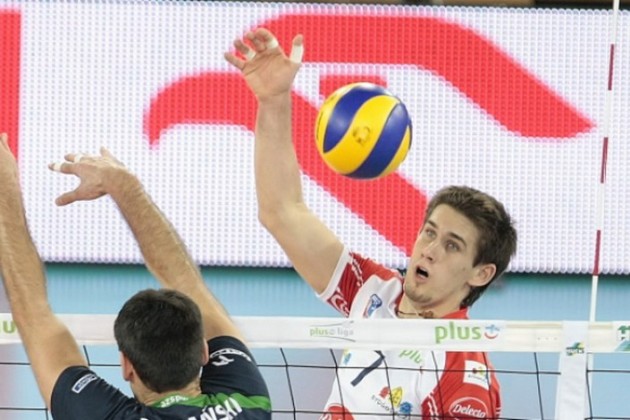 You’ve lost a fierce battle with Asseco Resovia 2-3 in the semifinals of the Polish Cup. How do you feel about this match?

Martin Waliński: “Cup is the dream of every player and certainly every team. Win Polish Cup is prestige. On Saturday in the semifinals we fought to the end. We started the first set nervously. We were tense but then after some time we started to play our game”.

At the conference coaches stressed that Saturday’s game was close game. But this is not the end of the struggle. In PlusLiga awaits you decisive clashes in and the play-offs.

“Exactly. We lost the battle but not lost the war. The war has just started we approach the play-offs. Here everything starts from the beginning. The fact that we are now the leader of competition really does not mean anything. The current first place is the result of our hard work. We lost in the Polish Cup tournament but we look with hope to the future. We still have a lot to gain. We continue to take part in European competition and we will play in the play-offs which will be the most important to us”.

A good opportunity for revenge on Asseco Resovia Rzeszów for the defeat in the semi-finals of the Polish Cup could be a match for the Polish championship?

“It will be nice to repay Asseco Resovia Rzeszow. The ratio of winning in the league meeting between us is 1:1. We won 3-1 at home and then Resovia won at home 3-0. In the Polish Cup they showed good volleyball. We look each other in the eye and say that we did everything we could do unfortunately Rzeszów won this match”.

From December 10 all the time you played games on Wednesdays and Saturdays. For the first time in a long time you will have the opportunity to relax and quietly prepare for the next match in PlusLiga.

“The last time we played really running Wednesday-Saturday. We have worked hard in training. On Saturday everyone gave their best. We played a really great match we ran a little bit of luck. Certainly struggle and commitment can not be denied to us”.

“In these European competitions over the last two days you defeated the German team. I do not think it was a rival of the highest quality?

“From round to round the bar is raised higher and higher. We play with better and better teams. But do not kid yourself that this German team which we played is a major opponent. We continuing the game in European competition but we are aware of the fact that each game will be harder”.

Check out our After sport’s career section, every Thursday a new story! Next time read about Zinedine Zidane to Begin Coaching Career

POL M: It will be the “wild card” for the winner of the Polish Cup

Mikhailov for WoV: “I don’t treat myself...

Yas Nizetich – “This situation is unfair,...