Defending champions Poland will host nine-time World League winners Brazil in the opening weekend of Pool A from June 7 to 9 as the 2013 World League weekend schedule was confirmed on Tuesday. Read the latest news from volleyball world on worldofvolley.com. 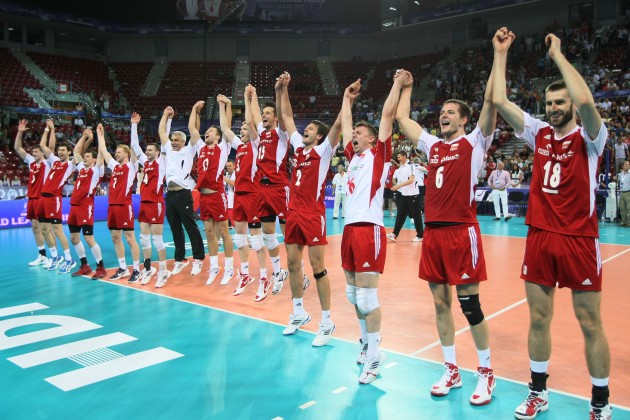 First time winners Poland and world No. 1 and Olympic silver medallists Brazil last met in the World League Finals last year with Poland prevailing in five sets. They also played four times during the Intercontinental Round, with Poland winning on three occasions.

The 2013 World League will actually start with Pool C action from May 31 to June 2 with Canada hosting the Netherlands, Korea taking on Japan and Egypt visiting Finland. Each of the three pools will play over six weekends before the Finals take place from July 16-21.

Pool B, like Pool A, also starts on June 7 and sees Olympic champions Russia welcome Iran while 2012 bronze medallists Cuba will play Serbia and Germany travel to Italy.

Pools A and B were determined using the serpentine system based on the world rankings as of August 13, 2012. Pool C features teams ranked as the next best four in the world rankings after the 12 teams in Pool A and B in addition to wildcards Japan and Egypt who were confirmed by the FIVB Executive Committee during its year end meeting in December 2012.

The top three world ranked teams in each pool will play three matches at home and two away with the bottom three world ranked teams playing twice at home and three times away. The customary World League format of two teams playing twice over the course of a weekend returns after the 2012 edition experienced change due to the congested pre-Olympic Games calendar.

The International Volleyball Federation (FIVB) World League Council confirmed the structure of the 2013 edition at its meeting at the FIVB head office in Lausanne on December 1, 2012. Eight teams will qualify for the World League Finals featuring the top three teams from Pools A and B, plus the winner of Pool C and the host country.