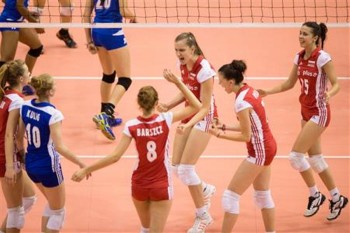 Now Poland is the third qualifier to the quarterfinal of the competition, while Puerto Rico will play off for 9 to 16 positions.

Among Poland’s tally they scored 14 from stuff blocks and 8 from the ace service with which they put a pressure to the Caribbean team who struggled hardly throughout the match.

Poland’s opposite Malwina Smarzek sent her sharp spikes from position 2 making over 16 points for her team as the best scorer from Pole’s side followed by the left attacker Magdalena Damaske who scored 13.

Puerto Rico’s efficient attacker Genesis Miranda played her best and contributed 26 points for her team as best match best scorer and one of the competition best scoring performances.

To read more articles from this competition click on Youth World Championship 2013.

GP: Boris Halachev – “Everything is perfect in Macau”