All 5 matches were played practically at the same time. Skra Belchatow is still leading in ranking. Jastrzebie surprisingly lost with Kielce. 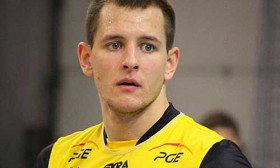 Volley fans in Poland expected a good game in Bydgoszcz, Skra did their job really easy. Except for the first set set, Delecta could not stop their rival. In set number one both Skra and Bydgoszcz had their set points, but finally guests finished it, scoring 31 points. Then Polish champions were strong leader of this game and it all lasted only 3 sets. MVP of the game Bartosz Kurek.

Fart Kielce surprisingly beat Jastrzebski Wegiel. Fart had a really bad time and in last weeks they lost 7 matches in a row, but this time was different. Jastrzebski played without Michal Lasko and Zbigniew Bartman and with such losses were able to gain only one point, losing 2:3. “Our opponents played well, and they did not made as many mistakes as we did. However, we are glad to be on the 4th place in ranking after this day” – said Michal Kubiak.

Zaksa Kedzierzyn and Resovia Rzeszow gained three points in their games. Zaksa beat Politechnika Warszawa, the club, which is now dealing with huge financial problems, but they still doing their best in Polish league and Challenge Cup, hoping for a good change. Yesterday Zaksa was simply better and even without Gladyr and Czarnowski they won in 3 sets. Just like Resovia in the meeting with AZS Czestochowa. AZS had a really bad day and they lost three sets quickly (25:16, 25:19, 25:28).

POL: The second victory of the junior...