As we have already written - Prepare for more big volleyball names in Dinamo Kazan... 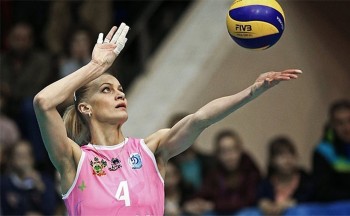 Those are Irina Voronkova and Marina Maryukhnich.

Vornkova returns to Kazan where she played from 2011 to 2014. After leaving Dinamo, this 21-year old outside-hitter spent two seasons in Zarechie Odintsovo, while now she decided to once again wear the white and blue jersey of the Kazan powerhouse.

On the other side, Maryukhnich spent the last four years in Dinamo Krasnodar where she has become one of the leading players over the years. Together with Irina Zaryazhko she should form a very strong middle blocker’s tandem in Kazan.

POL M: One arrival and one departure in Asseco Resovia…

POL M: After negotiating with Onico for...