VakıfBank defeated Eczacıbaşı VitrA in straight sets in the final of the 2021 Turkish Women’s Volleyball Cup. 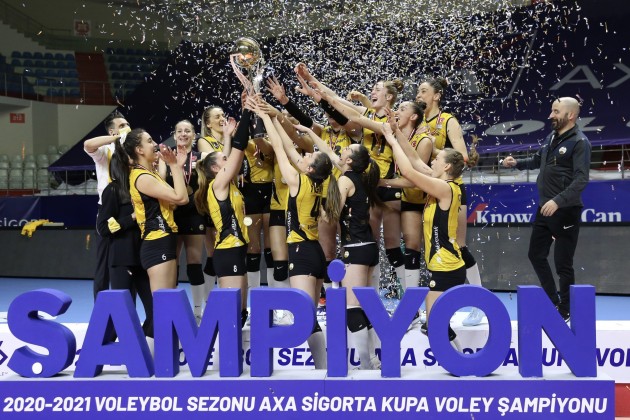 Zehra Güneş, who top-scored the winning side with 12 points, was named MVP of the tournament. VakıfBank wrecked the ‘Tigers’ from the service line, putting down 13 aces, 5 of which were made by Meliha İsmailoğlu. American Michelle Bartsch-Hackley had 72 % reception (18 digs, 67 % perfect). Serbian Tijana Bošković tallied 20 points for Eczacıbaşı, including 4 aces.

By Mark Lebedew: How Volleyball Has Changed – 2002 Edition