Fenerbahce ISTANBUL is writing a piece of history after qualifying two teams for the finals of this year’s European Cups. 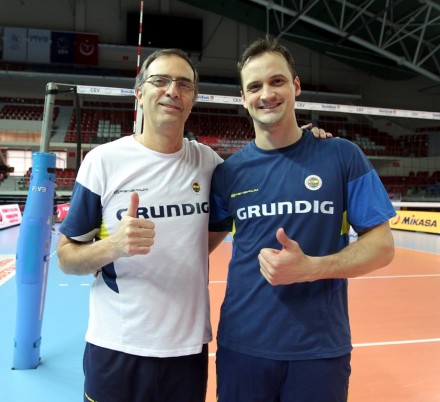 The men’s team could accomplish this feat after getting the right to participate in the 2014 CEV Volleyball Challenge Cup only by winning last year’s BVA Cup. They are now set to play Italy’s Andreoli LATINA while the “Yellow Angels” – as the members of the women’s team are dubbed – will take on Uralochka-NTMK EKATERINBURG in the final match of the 2014 CEV Volleyball Cup.

Fenerbahce will be hosting the second leg of these finals with the ladies vying for glory on Saturday, March 29, and the men following one day later on Sunday, March 30.

One of the most valuable additions to the roster of Fenerbahce men’s team, Brazilian Felipe Fonteles, will try to win his first European trophy after last year he had to be content with fourth place in the Final Four of the CEV Volleyball Champions League while wearing the jersey of Zaksa KEDZIERZYN-KOZLE.

“Last year I really wanted to win the trophy but we did not show a good performance at the Final Four held in Omsk,” Felipe recalls. “This year I am confident that we can seize the day. I am very excited and working hard to get ready for these finals. From my experience I know that the Italian teams are always a very tough opponent but I believe that in the end we will be the champions,” the Brazilian wing-spiker adds.

The men’s team of Fenerbahce hasn’t won any European trophy in their history but this seems to be a very good chance to go for it. “This adds extra motivation to my work and to my players’ commitment,” says head coach Daniel Castellani. “I hope that many supporters will come to see the final match and help us win this trophy.” 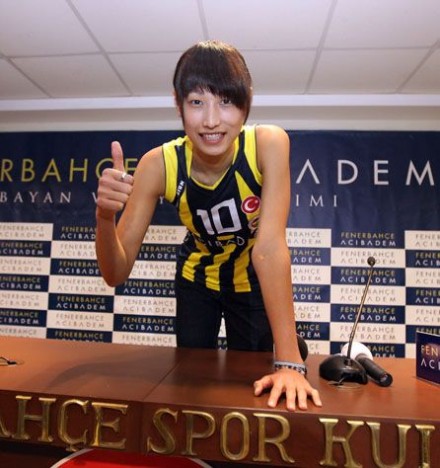 The “Yellow Angels”, on the other hand, will be trying to avenge last year’s defeat to Bank BPS Fakro MUSZYNA as they surprisingly lost in the final of the CEV Volleyball Cup. They will also be vying for their second European trophy after they won the CEV Volleyball Champions League back in 2012. “As people know, last year we lost the final and we do not want to have the same experience again,” Korean superstar Kim Yeon-Koung says. “We have started our preparations for the final and I can only promise that we will fight from the first rally up to the very end.”

The second game will take place in Istanbul, so Fenerbahce will try to exploit the home advantage to seize the day. “We have to play a good game and display a solid performance also in Russia,” head coach Marcello Abbondanza emphasizes. “Uralochka showed in the semis that they can easily overturn the result of the first leg so you can’t really rely on any home advantage. However, I can say that every time we play we are being supported by our great fans, so this can help us. If the game is prolonged to a golden set, we will stand a good chance to win because we will be playing it before our home crowd.”