Volleyball fans in Istanbul were witnesses of one more amazing Champions League game. 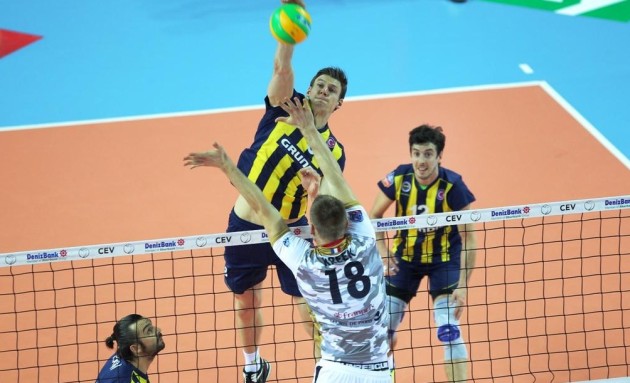 Like in the game against Lube, host Fenerbahce played a five-set match! And, once again, Turkish giant celebrated the win afterwards! But, this time, with a huge comeback in the tie-break. Paris was leading 8-4, then 10-7, 13-11, and finally had a counterattack on 14-13… However, Wijsmans blocked Gjorgiev for 14-14. Then we had two strong services of Ivan Miljković and two mistakes of Marko Bojić.

Firstly, Montenegrin player spiked the ball over the block into the out (15-14 for Fener), while the second play will raise a lot of noise in the volleyball world. Bojić spiked the ball next to the block… Referees said it went into out again. Player of Paris protested loudly, because the call was really doubtful, but it was in vain. Fenerbahce won the match by 3-2.

Bojić was the top scorer in his team with 28 points, but he was not the best scorer of the game. It was Ivan Miljković who led this stunning comeback of Fenerbahce with 29 points!

In Russia, Zenit easily defeated Posojilnica, with Maxim Mikhailov being the most eefficient player with 15 points, while in Poland, Oreol Camejo made 23 points and helped Lokomotiv Novosibirsk to beat Jastrzebski.

Feng Kun and Kiattipong got married!