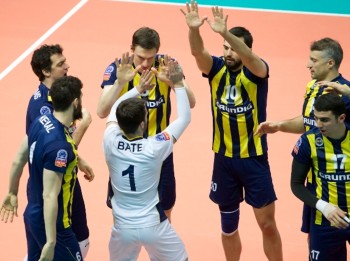 ZiraatBank still holds the third spot after collecting three points against Besiktas. Antonin Rouzier scored 18 points for the winning side, while on the other end Niels Klapwijk gave his best and made 23 points, however that was not enough even for one set.

Fenerbahce stayed right behind ZiraatBank after beating Genclik on the road. Ivan MIljković scored 20 points and showed that he is slowly regaining good form after coming back from an injury.

Finally, Sahinbey made the upset of the round by defeating Galatasaray away in straight sets! Newcomer Vojin Ćaćić was brilliant in the winning team with 17 points.

CL M: Mikhailov had no mercy toward Kubiak (VIDEO)

He is Superman. He is Giovanni Guidetti! (VIDEO)