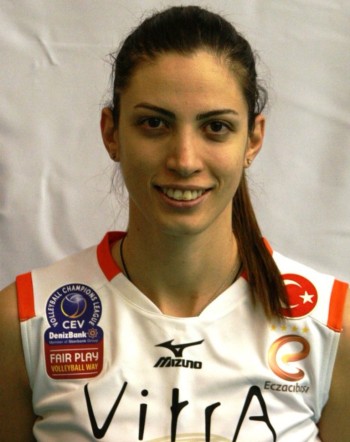 There are no more rumors, now it is official – Bahar Toksoy Guidetti parted ways with Scandicci and signed a contract with Eczacibasi! Turkish powerhouse announced this transfer on the club’s official website.

“The first half of the season that I spent in Italy was an important experience for me. Now, I will continue career in Eczacibasi. I am pleased to join such a strong team that competes in the CEV Champions League, and I will do my best to help the club achieve all goals in this season,” said Bahar Toksoy Guidetti.

Bahar Toksoy Guidetti started her career in Karsiyaka (2002-2004), after that she moved to Yesilyurt (2004-2006), while then she joined VakifBank where she stayed from 2007 to 2015. Last summer she decided to go abroad, so she moved to Italy and signed a contract with Scandicci. Still, she remained there for only half a season…

KOR M: What?! Have you ever seen Camejo set like this? (VIDEO)

TUR W: Get out of Eczacibasi’s way